In 2009, Céline Pradeu-Kanagasabai became the artistic manager of the Company Céline Pradeu. The Company develops an artistic process inspired by Céline ‘s mixed origins and creates interaction between French and Indian cultures ; it also allows different artistic techniques to interact such as dance, music, drama and plastic arts and choreographic languages as well, such as contemporary dance and bharata-natyam (south indian classic dance form).

How do these entities deeply meet?

How do new codes emerge from this encounter, and how does such encounter give birth to a new identity ?

This spirit of mixing deeply different entities, to merge into a singular identity, can be found in the previous and future projects of the Company : the duet CPK-30ans with the violonist Guillaume Blanc, the performance Des Corps Accordés, the triptych Hybride ( a choreographic solo, a danced talk, and an exhibition ).

Les Hybrides Dansants Company develops a work of creation of choreographic performances, of diffusion of these shows and of cultural and educational actions according to the artistic choice of the company

in relation with mixing different elements together… Mixing choreographic cultures, mixing choreographic languages, in this case, contemporary dancing and Bharata-Natyam, mixing artistic disciplines, from dance to music including drama. It is open-minded in its sources of inspiration, it develops Bharatemporain as its own language and own identity, movement is put at the centre of its intents, and it asserts a privileged relationship with music.

Our starting point being that everyone has a right to dance and that in everyday life we are bound to move, we try to make everyone feel he is already a dancer, that he already has the means of creating movements or of being a sincere spectator of them and , thus, he comes close to art…

The influence of the company extends over France and abroad. 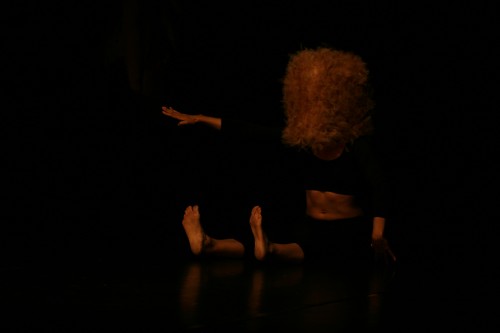 The Association « Les Mots, le Corps, la Note » previously called “La Marmite à Danses”, was created in June 2003. It supports several professional artistic companies and develops the creation and the diffusion of performing arts, especially through contemporary dance, and any other art form. On the other hand, the association is concerned with educational projects, some of its members taking the part of trainers in artistic workshops, courses, training courses, and cultural actions, in all sorts of structures( schools, places dedicated to infancy, libraries , cultural center…)