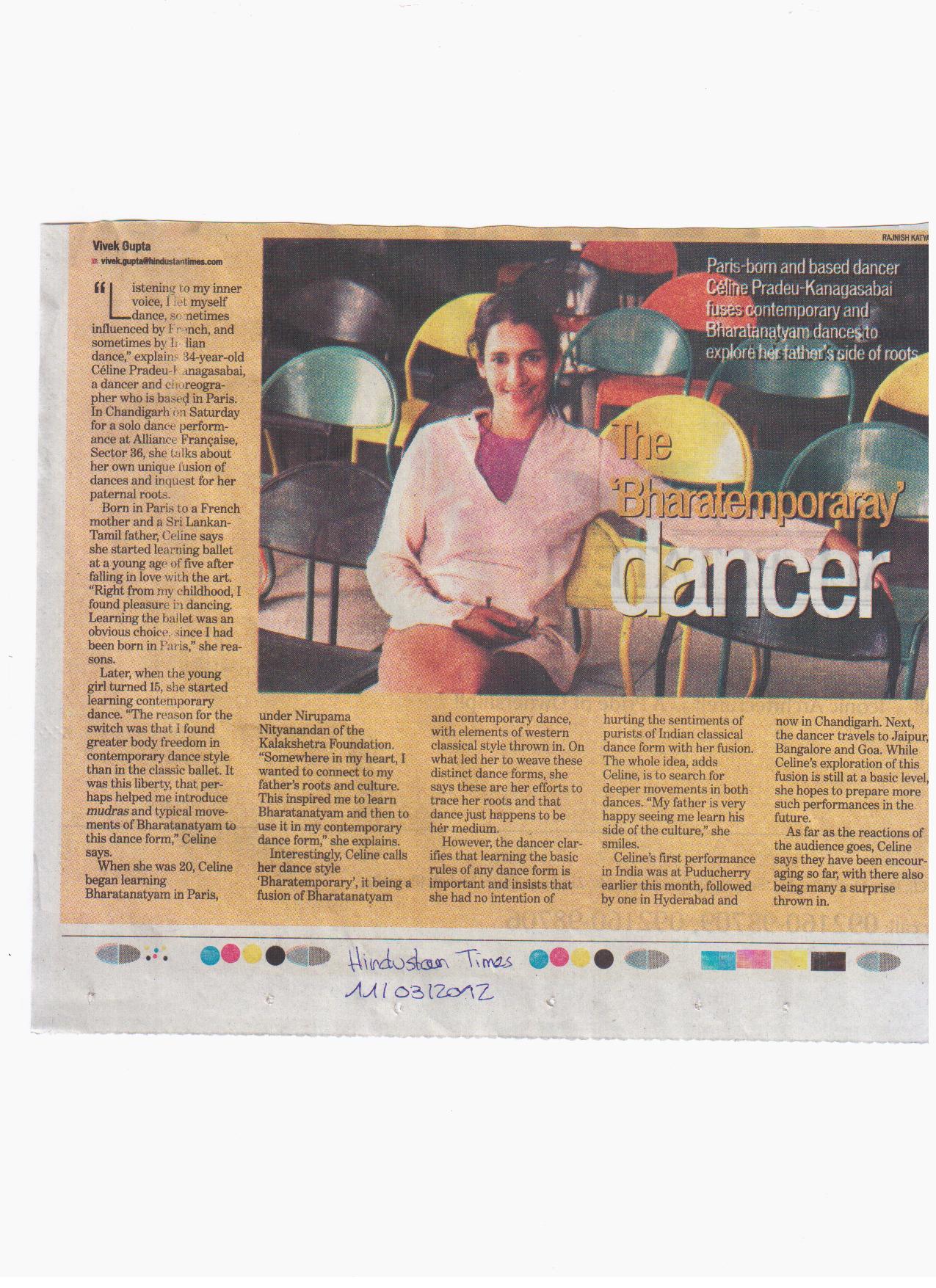 “Listening to my inner voice. I let myself dance, sometimes influenced by French and sometimes by Indian dance,” explain 34-year-old Céline Pradeu-Kanagasabai, a dancer and choreographer who is based in Paris.
In Chandigarh on Saturday for a solo dance performance at Alliance Française, Sector 36, she talks about her own unique fusion of dances and inquest for her paternal roots.
Born in Paris to a French mother and a Sri Lankan-Tamil father. Celine says she started learning ballet at a young age of five after falling in love with the art.
“Right from my childhood, I found pleasure in dancing. Learning the ballet was an obvious choice, since l had been born in Paris,” she reasons
Later, when the young girl turned 15, she started learning contemporary dance. “The reason for the switch was that I found greater body freedom in contemporary dance style than in the classic ballet. It was this liberty, that perhaps helped me introduce mudras and typical movements of Bharatanatyam to this dance form,” Celine says
When she was 20, Celine began learning Bharatanatyam in Paris, under Nirupama Nityanandan of Kalakshetra Foundation. “Somewhere in my heart, I wanted to connect on my father’s roots and culture. This inspired me to learn Bharatanatyam and then to use it in my contemporary dance form,” she explains.
Interestingly, Celine calls her dance style ‘Bharatemporary’, it being a fusion of Bharatanatyam and contemporary dance, with elements of western classical style thrown in. On what led her to weave these distinct dance forms, she says these are her efforts to trace her roots and that dance just happens on be her medium.
However. the dancer clarifies that learning the basic rules of any dance form is important and insists that she had no intention of hurting the sentiments of purists of Indian classical dance form with her fusion.
The whole idea, adds Celine, is to search for deeper movements in both dances. “My father is very happy seeing me learn his side of the culture‚”she smiles.
Celine’s first performance in India was at Puducherry earlier this month, followed by one in Hyderabad and now in Chandigarh. Next, the dancer travels to Jaipur, Bangalore and Goa. While Celine’s exploration of this fusion is still at a basic level, she hopes to prepare more such performances in the future.
As far as the reactions of the audience goes, Celine says they have been encouraging so far, with there also being many a surprise thrown in.